The Meaning And Purpose of Everyday Work for Christians Throughout History

The idea of vocation has carried a variety of different understandings in Christian history. I want to try to describe some of these to you, with a brief overview. Basically these different views are all attempts to explain "What is the meaning and purpose of everyday work for Christians?"

If we start back just before the Christian era we find 2 sharply contrasting views of everyday work among the Greeks and the Jews.

In the Greek world work was considered to be a curse. Aristotle said that to be unemployed was good fortune because it allowed a person to participate in political life and contemplation. Today its probably politics that enjoys the low reputation. Anyway for the Greeks, society was organised so that a few could enjoy the blessing of "leisure" while work was done by slaves. Everyday work was a demeaning occupation that one should try to avoid. Certainly there was nothing spiritually meaningful or uplifting about everyday work.

The opportunity to think about issues and engage in contemplation was also valued by Jews. And when Jesus came on the scene he was only one of many Jewish rabbis or teachers on the block. However, it is very significant to note that Jewish teachers were not expected to live off the contributions of their students, but were all expected to have a trade through which they could support themselves. Far from being avoided, as far as possible work was to be embraced as part of God's purposes in creation and theological reflection would be engaged in by people who were daily engaged in everyday life in the world.

Jesus was known as a carpenter and the son of a carpenter, although there is no example of him continuing this trade during the period of his public ministry. He called some of his inner circle of disciples to leave their fishing nets to follow him. But there are also examples of them continuing to fish at times. Certainly he gave no general call for all Christians to give up everyday work and much of his teaching drew on themes from the world of everyday work without any self-consciousness or apologies. Paul emphasizes a positive view of work, commending all Christians to continue in their work and to work well. And he plainly continued in his trade as a tentmaker during his church planting ministry. This would seem to be the general Christian pattern for the first century after the Apostles.

Gradually the Church Fathers began to draw more heavily on Greek and Roman motifs in their theology and the more positive view of work gave way to a much lower view. This is reflected in the view of Eusebius who wrote about his doctrine of 2 lives about AD300. He says:

"Two ways of life were thus given by the law of Christ to His Church. The one is above nature, and beyond common human living; it admits not marriage, child-bearing, property nor the possession of wealth, but wholly and permanently separate from the common customary life of mankind, it devotes itself to the service of God alone...such then is the perfect form of the Christian life. And the other, more humble, more human, permits man to join in pure nuptials, and to produce children....it allows them to have minds for farming, for trade, and the other more secular interests as well as for religion....a kind of secondary grade of piety is attributed to them"

In a similar way Augustine distinguished between the 'active life' and the 'contemplative life'. While both kinds of life were good and Augustine had praise for the work of farmers and craftspeople and merchants, the contemplative life was clearly of a higher order. While at times it may be necessary to follow the active life, wherever possible one should choose the other. The one life is loved, the other endured. Very soon it was this view that dominated Christian thinking, until only those people pursuing the contemplative life or a priestly role in the church were said to have a truly 'religious' vocation.

It was initially through the work of Martin Luther that the 16th century reformers recovered a sense that all of life , including daily work, could be understood as a calling from God. According to Luther we respond to the call to love our neighbour by fulfilling the duties that are associated with our everyday work. Work is our call to serve. This work includes domestic and civic duties as well as our employment. In fact Luther said we can only truly serve God in the midst of everyday circumstances and attempts to elevate the significance of the contemplative life are false. In fact it is the monastic life that has no true calling. It is an escape from the true obedience that God calls us to. Luther's view tended to defend the status quo socially and he had a fairly negative view of working for profit. Whereas John Calvin developed a more dynamic view which encouraged a greater degree of urban enterprise and the possibility of changing vocations. He identified a person's vocation more closely with their job. And this Calvinistic view was further developed by the Puritans who also encouraged enterprise and thrift with a strong ethic emphasizing the importance of stewardship and service but this was soon overtaken by the development of industrialisation.

How much the "spirit of capitalism" was a true product of the Protestant work ethic or a corruption of it is still debated. Whatever the case, it is clear that with the passing of time the concept of vocation became so closely associated with a person's occupation or career that these words became synonymous and secularised without any reference to the calling of God. So the pursuit of a vocation became an end in itself. This is true for both capitalism and Marxism. Both encourage us to look for personal fulfilment through the work of our own hands.Once people worked to live now they are living to work. Marxism became attractive when the lack of a social ethic accompanying the Protestant understanding of vocation gave rise to a church that was afraid of conflict and sided with the status quo rather than exploited workers, following the industrial revolution. Whereas once the medieval church threatened to divorce faith from work, now they are so closely fused that work has become idolised. It is this distortion that deprives the unemployed person, or the person engaged in unpaid domestic or voluntary work of status, security and satisfaction, by emphasizing that these are primarily associated with employment. Work once degraded, is now worshipped, and demands great sacrifices.

Today we end up with a mixture of destructive consequences resulting from the ways these influences have impacted on our understanding. 5 of these are

So What Is Needed?

We need to find a path that will lead us between the twin heresies of divorcing faith from work and idolising work. We must rediscover that our primary vocation is the call to follow Jesus. But we must also emphasize that this call embraces the whole of our lives , including our everyday work. It needs to effectively combine both the personal and social dimensions of the gospel and nurture a lively everyday spirituality. We need to see ways in which our work is connected to the creating, sustaining and transforming work of God. This will not be a quietist view of Christian vocation that surrenders to the status quo, but one that will contest corruption and exploitation and work to name and resist what is evil and to transform bad circumstances. We must also strive to maintain a broad definition of work that encompasses not only paid employment but also domestic work and voluntary work. In this way we can seek to live a more radical yet also more balanced discipleship through the whole of our lives. The balance will be different for different people and different at different stages in our lives. Therefore we need a view of our vocation which includes some constant elements but is also flexible enough to help us make sense of lives in which the nature and mix of work that we do is regularly changing. Employment remains an important part of life through which we express our Christian discipleship. But it is only one part of a multi-faceted life of discipleship. Unemployed people, home makers and voluntary workers have a vocation too! Our vocation as Christians does not depend on paid employment, but it must be expressed through our employment. We also need to understand that living out our vocation was never meant to be a solitary task and we need the encouragement of committed companions and the community of faith to assist us. 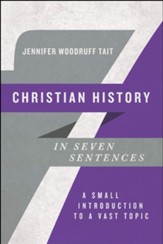 By Alistair Mackenzie. Faith At Work: Vocation, the Theology of Work and the Pastoral Implications. A Thesis in Pastoral Theology, submitted for the degree of Master of Theology at the University of Otago, Dunedin, New Zealand.