How to Cope with a Toxic Boss

I’ve counted 24 bosses over the course of my career. The longest I ever worked for one boss was four years. The shortest was for a few months.

Of all the varieties of bosses and boss experiences, there were two – fortunately, only two – that I would call toxic.

At first glance, they seemed to have nothing in common. Different genders, different organizations, different leadership styles. One micro-managed; the other barely managed. One had a reputation for being rather wicked; the other was known as a great person.

However, they did share a few critical characteristics. They both had a tendency to lie; and when caught lying, their response was to brazen it out with bigger lies. Both shifted blame for their mistakes on to others. Both engaged in character assassination. Both had been promoted far beyond their capabilities. And both felt threatened.

Separated by the passage of years, I can look back and say this with some level of dispassion: both of these bosses hurt me and my career. Both did it intentionally. One did it overtly; the other subtly. Working for both of them was an exercise in awfulness.

The usual thought is to go to someone – like in Human Resources – who can help. That can pose problems, though. Understand that what you’re talking about is a problem boss, yes, but in talking to HR you’re also suggesting that management has made a mistake, and you’re implying that HR hasn’t done its job, either. So caution is the watchword here.

Or, you can quit and find another job. That may or may not be an option. In my case, it wasn’t.

How Do You Do It?

If you have to report to a toxic boss, even for a temporary period of time, how do you do it? How did I do it?

I will say that there was a period, often an extended period, of shock, hurt and grieving. And anger. None of those emotions ever completely goes away. Even now, I can recall certain situations and feel them begin to bubble.

I learned that forgiveness was an everyday thing. There were days when some new outrage seemed to pop up every hour. Some situations lingered for days or months, unresolved and unspoken.

I prayed. And I learned something through prayer. Often, prayer became an unanswered plea, and what became more important wasn’t the specific request or plea but the fact I was praying.

I sought out wise counsel. I asked for advice, but outside the organization. I needed someone with more – and perhaps a more distant – perspective.

I read Psalms and the two books of Samuel. David’s life is marked by triumph, achievement, persecution, stupid mistakes, near-disaster and people wanting to kill him. Much can be learned by studying the life of David.

I worked hard to see the situations as gifts. This didn’t always work; it’s difficult to see meanness, and sometimes viciousness, as a gift. But I think of that plaintive statement from Job – am I only glad to accept the good from God?

Why Does My Boss Hate Me? August 22 Newsletter

Because they are human and subject to the effects of the Fall, bosses can be arrogant, self-centered, or even abusive....

Arguing With God About A Difficult Boss

Each of you should use whatever gift you have received to serve others, as faithful stewards of God's grace in its...

Why Does My Boss Hate Me? August 22 Newsletter

Arguing With God About A Difficult Boss 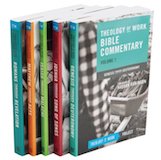 By Glynn Young. Published by The High Calling, September 1, 2011. Image by Robert Fornal. Used with Permission.

© 2011 by The High Calling and the Theology of Work Project, Inc.