The Mission of Sharing the Gospel

We might be tempted to believe that the exponential growth of the early church was the result of effective preaching by Peter, Paul, and a few other gifted communicators whose occupation was spreading the gospel. Or we might credit Paul’s strategy of targeting key cultural centers and planting churches that could share the gospel throughout the surrounding countryside. These efforts were no doubt noteworthy—after all they’re in the Bible [1] —but even more so is the fact that early Christians of every ethnicity, gender, and level of society were passionate about extending Christ’s kingdom. They were determined to “act as Christ’s embassy to a rebel world, whatever the consequences.”[2]

History and the New Testament tell us that the gospel spread like wildfire along trade routes, in public places, and from house to house—or in Greek, from oikos to oikos. An oikos was the basic social and economic unit of the Greco-Roman world—not just a home where a family lived, but the small business of ancient times that included extended family members, workers, and customers who frequented the place.

It was through informal conversations within and between oikoi that men and women shared the gospel with friends, relatives, coworkers, colleagues, customers, students, teachers, and fellow soldiers—through their network of workplace relationships. They were not professional clergy but informal evangelists.

As early as Acts 8 we find that it is not the apostles but the “amateur” missionaries, the men evicted from Jerusalem as a result of the persecution which followed Stephen’s martyrdom, who took the gospel with them wherever they went. … This must not have been formal preaching, but the informal chattering to friends and chance acquaintances, in homes and wine shops, on walks, and around market stalls. They went everywhere gossiping the gospel; they did it naturally, enthusiastically and with the conviction of those who are not paid to say that sort of thing.[3]

As a result, the workplace became the most strategic venue for evangelism for the early church.

Today, the church of Jesus Christ is experiencing similar exponential growth in the Global South—which raises a question: With over 340,000 churches [4] and more than 600,000 clergy[5], and 75 percent of Americans “looking for ways to live a more meaningful life,”[6] why is the Christian population in the West shrinking while the non-religious population is growing?[7]

As Western culture moves further away from Christ, we might assume that reaching people with the gospel has become more difficult. In a way this is true. It is certainly harder to get people to visit a church, to listen to a gospel presentation from a stranger, or to attend a crusade. But a door for the gospel remains wide open through personal relationships. In fact, studies show that up to 90 percent of people in a given congregation who come to Christ as adults, do so because of a relationship with one or more Christians outside the four walls of the church.[8] This is what makes the workplace so strategic. It’s where the actual work we do every day can not only contribute to human flourishing, but also give living proof that the gospel really is good news.

Hartford Institute for Religion Research estimates there are roughly 314,000 protestant congregations and other Christian churches, and 24,000 Catholic and Orthodox churches in the United States. This estimate relies on the 2010 RCMS (Religious Congregations Membership Study) religious congregations census. http://hirr.hartsem.edu/research/fastfacts/fast_facts.html.

The Yearbook of American and Canadian Churches reported that there were 600,000 clergy serving in various denominations in the United States, not including clergy serving independent churches, not tied to a denomination. http://hirr.hartsem.edu/research/fastfacts/fast_facts.html#numclergy

“‘Nones’ on the Rise,” Pew Research Center, October 9, 2012, http://www.pewforum.org/2012/10/09/nones-on-the-rise. Christians in other countries recognize the huge mission field in America. The United States receives more missionaries that any other country according to Center for the Study of Global Christianity at Gordon-Conwell Theological Seminary http://www.gordonconwell.com/netcommunity/CSGCResources/ChristianityinitsGlobalContext.pdf

Introduction to the paper produced by the issue group on Marketplace Ministry at the 2004 Lausanne Forum in...

Four Tips for Sharing Your Faith at Work

Do you want to share Christ in your workplace and/or marketplace? It may seem like a tricky proposition and...

Conversations about faith in the workplace can feel like a minefield. So how can you share your faith at work? Guest Sue...

Introduction to the paper produced by the issue group on Marketplace Ministry at the 2004 Lausanne Forum in...

Four Tips for Sharing Your Faith at Work

Do you want to share Christ in your workplace and/or marketplace? It may seem like a tricky proposition and...

In this short film by our friends at Deidox, “Lindsay,” a young teacher discovers how her past experiences have... 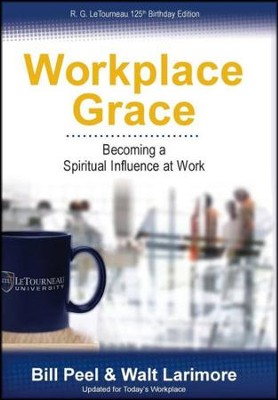 You can take your faith to work in appropriate, engaging ways. Whether your work takes you to a construction site, a cramped cubicle or the corner office, every Christian plays a significant role in the Great Commission. Between Sundays, you can be a pipeline for God's grace in the most strategic mission field in the world: your workplace. 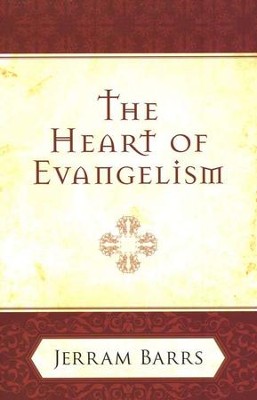 All Christians are called. Called to love God with all that we are. Called to serve Him. Called to reach out to the lost. However, when we're honest, the majority of us would admit that we find this last calling the most difficult. We gladly support the evangelistic ministries of others, but most of us feel discouraged by our own attempts at witnessing because our memorized approaches don't seem to work. This biblical study of evangelism gracefully reminds us all that the New Testament model of witnessing is not one-size-fits-all.