Why The Great Commission is Your Business

Article / Produced by partner of TOW 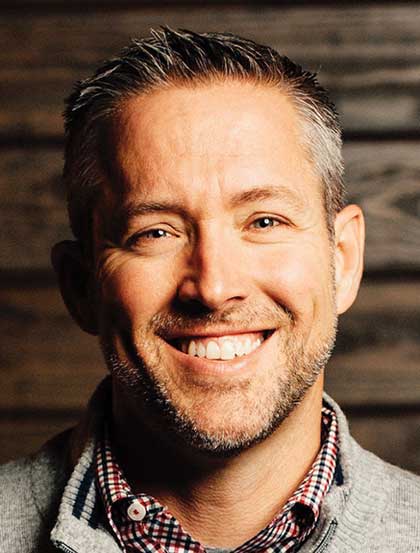 ​By J.D. Greear. J.D. Greear is the pastor of The Summit Church in Raleigh-Durham North Carolina.

The day after my dad retired from the textile company where he had worked for almost forty years, his company asked him to come back to oversee the development of some new factories in East Asia. While he was there, he rubbed shoulders with Asian businessmen, the sorts of people that most missionary teams could never get close to. Because my dad is a disciple-making disciple wherever he goes, he was instrumental in seeing a couple of them come to faith in Christ. He even helped establish a new church there.

Later on, the local business community discovered that my mom was a professor, and they asked her if she would teach a class on English literature. Because she didn’t have a background in literature, she asked, “Could I teach from the Bible instead?” To which they said, “Yes, that would be wonderful.” She taught a class in which some of this region’s best and brightest learned from a book they had only ever heard about.

My parents have never thought of themselves as missionaries. And yet, through entrepreneurship, they were able to advance the great commission in unprecedented ways.

One of the biggest myths in the Christian church today is that the calling to use your life in God’s commission is a sacred, mystical experience reserved for only a select few. More specifically, that it’s a calling you can only fulfill if you’re a pastor or a missionary.

After all, that call was included in the initial call to follow Jesus: “‘Come, follow me,’ Jesus said, ‘and I will send you out to fish for people’” (Matthew 4:19). When you accepted Jesus, you accepted the call to missions.

Throughout Christian history, the greatest advances of God’s mission have only rarely come from the efforts of “full-time missionaries.” More often than not, the gospel has been carried around the world by ordinary believers going about their business.

And yes, I literally mean business. The gospel has traveled around the world faster on the wings of business than it has even through apostolic effort. This means that your faith-driven entrepreneurship has the potential to be used by God for the great commission. God has done it countless times before. It has been his plan all along.

Currently, there are approximately forty thousand evangelical missionaries (from all denominations) living in what missiologists call the 10/40 window. (That’s the area of the world located between the 10- and 40-degree latitude lines north of the equator, where the most unreached people groups live.) Every one of those forty thousand men and women are doing God’s work.

Compare this with the roughly two million Americans working in other fields in that same 10/40 window. Half of them (that’s one million) identify as Christians. Even if you skeptically write off 80 percent of those Christians as people who aren’t really serious about their faith (and that really is skeptical of you!), you still have two hundred thousand Christians strategically placed among unreached people groups. That’s five times the number of missionaries in the same region.

We hear a lot of talk today about a lack of funds in getting missionaries to tough places. But hundreds of thousands of them are already there!

Have you ever thought about your business as a potential church-planting center? I’m not saying you should transform your entire business model to suddenly become a missions organization. But if you’re already sending people all throughout the world, it’s worth asking why God has given you that kind of international reach.

Imagine if your Christian employees took their overseas positions with a primary identity as “disciple-making disciples,” responsible to leverage whatever opportunities they have for gospel impact. Wouldn’t that turn the world upside down?

I know an entrepreneur in Alabama, for instance, who developed a special way of cultivating wood chips so that they soak up horse urine. As you might imagine, this kind of thing is in high demand among stable owners. And it didn’t take long for some international buyers to reach out.

One of his most consistent clients now is one of the local rulers (essentially a governor) in the United Arab Emirates. He buys tons of this stuff for his horses. So now, several times a year, this Christian boy from Alabama hops on a plane to the UAE to hang out in a sultan’s palace. Developing a urine-soaking wood chip got this guy where no missions board could get him.

Don’t be surprised by that: it’s been his plan all along. In the book of Acts, as the gospel spread like wildfire, we read records of forty different miracles. Of those forty, thirty-nine took place outside the church. So if you’re wondering where God wants to do something miraculous, chances are it’s not in my place of employment but in yours.

As a pastor, I hear a lot today about a shortage of funding for missions. To be sure, the church has some work to do to fix this problem. But I wonder if God might also be at work in this problem. What if God is using this lack of funds as his way to remobilize Christian entrepreneurs as the tip of the gospel spear? After all, that’s always been his strategy. Why wouldn’t he do it today?

Why wouldn’t God call us back to the book of Acts, when a bunch of merchants, carpenters, fishermen, and entrepreneurs—people without seminary degrees or formal religious training—transformed the known world for Jesus?

Entrepreneur, it’s time to make yourself available to this call. Put your yes on the table before God and entrust him to use that yes for his purposes. Remember, the skills, ambitions, and dreams you have are not accidental. God gave them to you. He’s got a purpose behind them.

Adapted from Faith-Driven Entrepreneur: What It Takes to Step Into Your Purpose and Pursue Your God-Given Call to Create by Henry Kaestner, J. D. Greear, and Chip Ingram. Copyright ©2021. Used by permission of Tyndale House Publishers, a Division of Tyndale House Ministries. All rights reserved.

How Does My Secular Work Have Kingdom Impact? Webinar (Video)

Does your secular work have kingdom impact? Panel and Q&A, with Dave Hataj, Valerie Kosiadi, and John Shen.

The Great Commission is to “make disciples,” not merely to “win converts.”

What is a Faith Driven Entrepreneur? - Henry Kaestner

What would it mean to be an entrepreneur who is driven by faith? We talk with guest Henry Kaestner, a sucessful serial...

How Does My Secular Work Have Kingdom Impact? Webinar (Video)

Does your secular work have kingdom impact? Panel and Q&A, with Dave Hataj, Valerie Kosiadi, and John Shen.

The Great Commission is to “make disciples,” not merely to “win converts.”

What is a Faith Driven Entrepreneur? - Henry Kaestner

Adapted from Faith-Driven Entrepreneur: What It Takes to Step Into Your Purpose and Pursue Your God-Given Call to Create by Henry Kaestner, J. D. Greear, and Chip Ingram. Copyright ©2021. Used by permission of Tyndale House Publishers, a Division of Tyndale House Ministries. All rights reserved. Author photo of J. D. Greear taken by Andrew Bryant Photography, copyright © 2015. All rights reserved.